About the Shabu Project

The Shabu property is located in the Birch-Uchi greenstone belt, approximately 80 km northeast of Red Lake, Ontario. The road accessible property is made up of 32 mining claims that cover an area of 720 ha.

Recent work on the property includes soil sampling (2020), airborne VLF-EM (2020) and high-resolution magnetic surveys (2019). This recent work has defined multiple areas of interest for further exploration work at the property. Future work will include prospecting and mapping, additional soil sampling and outcrop stripping to determine controls on gold mineralization and alteration. 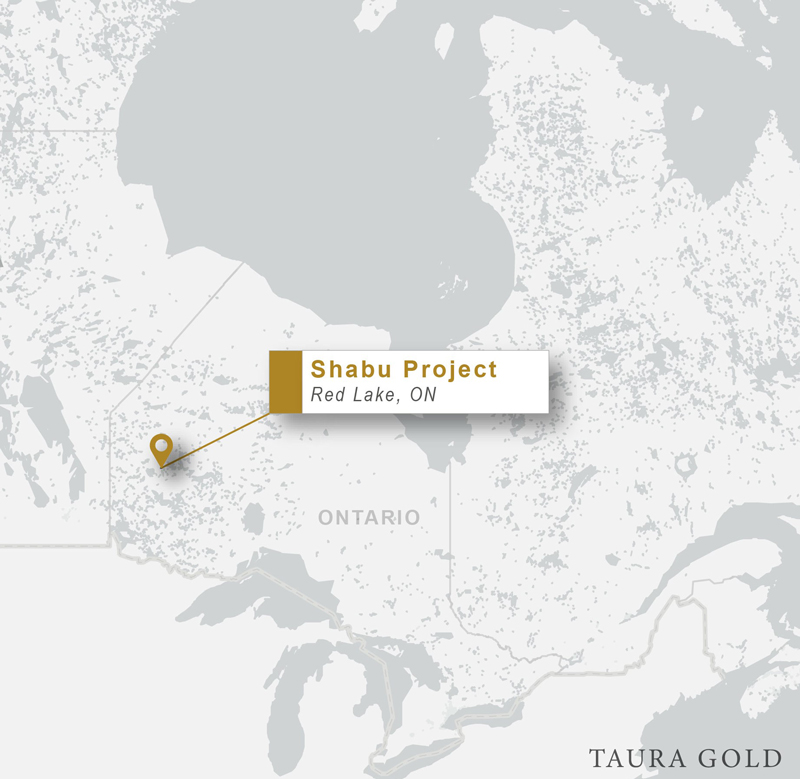 Mr. Verdejo has over 12 years´ experience in the venture capital markets, specializing in the design and implementation of market strategies and corporate development. He has particular expertise in the mineral exploration and development sector and has been involved in the building and financing of many successful public companies. Mr. Verdejo has held director and senior officer positions in several public companies.

Mr. Meagher became a Chartered Professional Accountant (CPA, CA) in 2008, and obtained the Chartered Director (C.Dir.) designation from The Directors College (a joint venture between McMaster University and The Conference Board of Canada) in 2017. Mr. Meagher currently serves as the Chief Financial Officer for several publicly listed companies. Previously, Mr. Meagher worked at Smythe CPA as a manager. Mr. Meagher also holds a Bachelor of Commerce from the University of British Columbia.

Mr. Dorward has over 25 years of experience in the mining and finance industries. Mr. Dorward was the CEO of Roxgold from 2012 to 2021. Prior to that role, he served as Vice-President - Business Development at Fronteer Gold Inc. and was an integral part of the team that sold the large Michelin uranium deposit, acquired AuEX Ventures Inc. and successfully advanced Fronteer's properties prior to its sale to Newmont Mining Corporation for $2.3 billion in 2011. Prior to his role at Fronteer, Mr. Dorward was the CFO of Mineral Deposits Limited from 2006 to 2009, where he was responsible for financing the construction of the Sabodala Gold Project in Senegal, West Africa. Mr. Dorward was previously CFO at Leviathan Resources Limited, an ASX-listed gold producer, prior to its acquisition in 2006. Prior to Leviathan Resources, Mr. Dorward was a senior executive at MPI Mines Limited, an ASX listed gold and nickel producer, prior to its acquisition by Lionore Mining Limited. He was a non-executive director of Pilot Gold Inc. from 2011 to 2015 and is currently a non-executive director of Contact Gold and Surge Copper.

Mr. Criddle, a metallurgist, is a proven mine builder with many years of operating and project development experience in West Africa, Australia and Papua New Guinea. He was previously the Chief Operating Officer for the West African assets of Roxgold from 2013 to 2022 where he was responsible for the construction and operation of the Yaramoko Gold Project in Burkina Faso and delivery of the Definitive Feasibility Study for the Séguéla Gold Project in Côte d'Ivoire. His previous roles include Chief Operating Officer at Azimuth Resources Ltd. where he was responsible for resource growth and development studies in Guyana. Prior to this he was the Acting Chief Operating Officer of Perseus Mining Ltd. ("Perseus") where he was responsible for the development of the Edikan Gold Mine in Ghana and the Definitive Feasibility Study for the Sissingue Gold Project in Côte d'Ivoire. Before joining Perseus, Mr. Criddle managed the construction, commissioning and operation of the Sabodala Gold Project for Mineral Deposits Ltd. He has also held a variety of senior technical roles at Placer Dome/Barrick in Australia and Papua New Guinea.

Mr. Lennox-King was the Chairman of Roxgold Inc from 2012 until its acquisition by Fortuna Silver Mines Inc in July 2021. From 1992 he held executive and board positions with a number of junior exploration and mining companies. His most notable Chairmanships included Roxgold, Pangea Goldfields, Aurora Uranium and Fronteer Gold. Other directorships have included Southern Era Diamonds and Teranga Gold Limited.